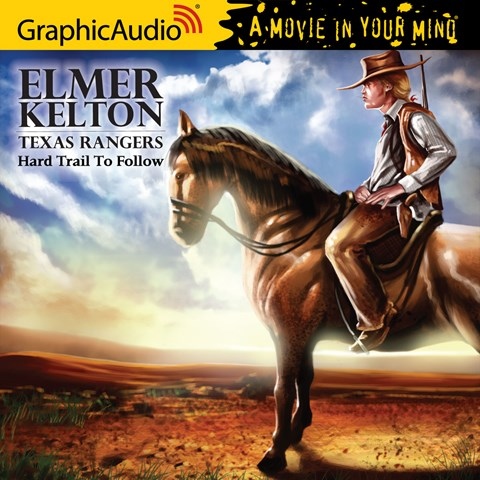 by Elmer Kelton | Read by a Full Cast

The seventh installment in the Texas Ranger series—complete with sound effects and well-placed musical interludes—provides a wonderful theatrical experience. Former Texas Ranger Andy Pickard abandons farming and his fiancée, Bethel, to track escaped bank robber Luther Cordell, whose gang killed Sheriff Tom Blessing. Cordell is a likable scoundrel who laments his life of crime and baffles Andy with his acts of kindness along the trail. The cast consistently portrays the characters with aplomb and authenticity, using accents and varied pacing to add dimension and drama. Together, the cast’s superb narration and the ballad-like story encourage attentive listening. S.C.A. © AudioFile 2010, Portland, Maine [Published: DECEMBER 2010]