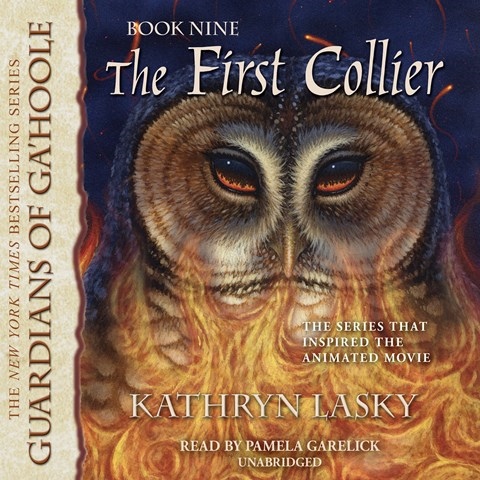 Pamela Garelick embraces the roles of the many owls in the ninth volume of Lasky’s popular fantasy series. From his deathbed, a croaky-voiced Ezylryb sends Soren and Coryn to the Ga’Hoole archives for history lessons that feature the memories Grank, who discovered fire as a creative force in forging glass, then the first metal armaments. Garelick neatly balances the stories’ tempos, blending owl lore and Grank’s science lectures with owls’ grisly battles against the vile hagsfiends. The antiwar sentiments of Grank’s squeaky-voiced apprentice add interesting arguments to the story. Garelick masterfully portrays the array of owls as well as the unique natures of the wolf who guides Grank’s scientific discoveries and the polar bear who shares philosophical studies. D.P.D. © AudioFile 2011, Portland, Maine [Published: NOVEMBER 2011]