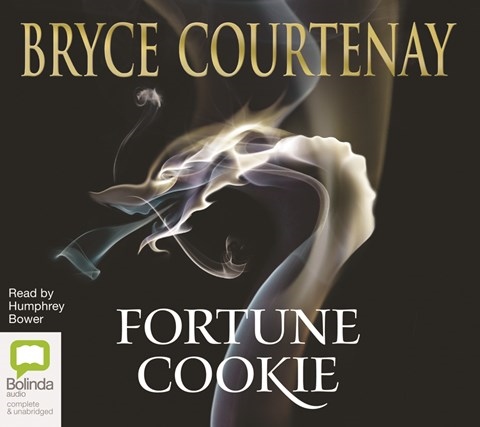 Simon Koo—fourth-generation Australian, self-described “tree-stump-of-a-man,” and a throwback to his Chinese ancestor—is sent by his advertising agency to be the creative force in their Singapore office. As Simon navigates his way through a minefield of cultural differences, Humphrey Bower never strikes a false note. Bower creates full-bodied characters, ranging from the devious Wing brothers and Beatrice Fong to Simon’s mother, “Chairman Meow,” and the beautiful Mercy B. Lord. Bower is simply wonderful detailing Chinese triads, human trafficking, spies, and a surprisingly tender love story. In spite of all the bad habits and questionable deals of the 1960s ad men on full display, Bryce Courtenay’s novel is more than a Sino/Aussie version of TV’s “Mad Men.” Bower’s flawless performance makes this irresistible listening. S.J.H. Winner of AudioFile Earphones Award © AudioFile 2011, Portland, Maine [Published: JANUARY 2011]