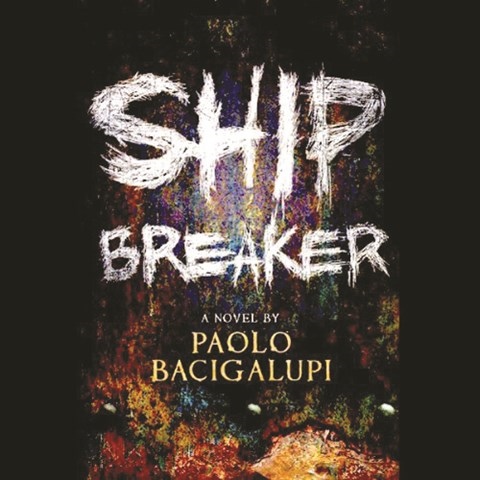 In the future, when monstrous storms batter the Gulf Coast, teenager Nailer struggles to survive as a ship breaker, risking his life daily crawling through the ducts of grounded ships to salvage copper wiring. When he discovers a wrecked clipper ship with one survivor, the daughter of a wealthy shipping company owner, Nailer becomes involved in even greater dangers when he decides to rescue her. The author does a fantastic job of world building in this National Book Award Finalist. Narrator Joshua Swanson makes this harsh dystopian world all too believable. He adjusts the pacing to fit the intensity of the action and gives each character a voice that fits his or her personality. This is superb listening for teens—and adults too—even those who aren’t big fans of science fiction. C.R.A. Winner of AudioFile Earphones Award © AudioFile 2010, Portland, Maine [Published: NOVEMBER 2010]