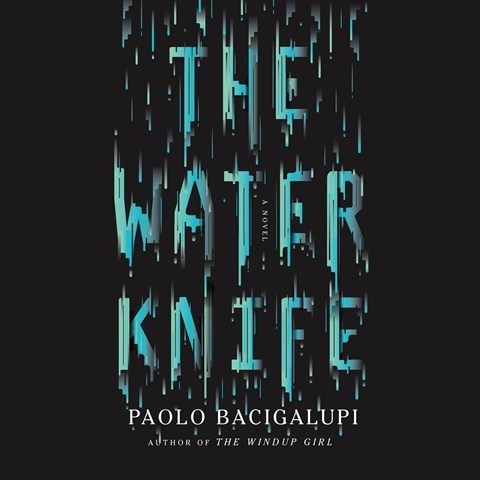 In his first novel for adults, Bacigalupi continues to express concern for the devastation humans will reap as a result of ignoring climate change and not developing sustainable technologies. Narrator Almarie Guerra gives an understated performance that is just right for this highly emotional subject. In a not-too-distant future, water in the Southwestern United States and Mexico has become critically scarce. Catherine Case manages water distribution for Nevada, and Angel Velasquez is her "water knife," her protector against those who would steal the precious commodity. Guerra delivers chilling insights into the political and corporate wheeling and dealing that surrounds water dissemination, while her recounting of the bloody violence among ordinary people and their horrific struggle for survival is always truthful. S.J.H. © AudioFile 2015, Portland, Maine [Published: JUNE 2015]