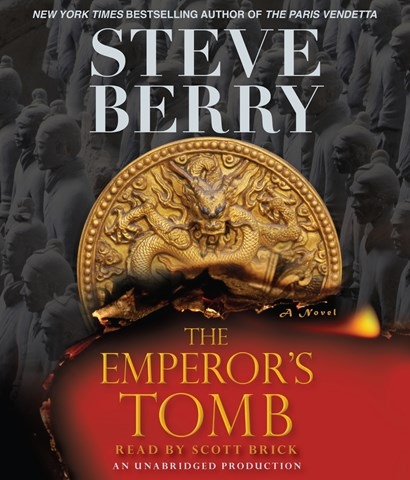 In his latest Cotton Malone thriller, author Steve Berry throws the listener a curveball. While you think this is a story about the search for a lamp owned by the first Chinese emperor, it's really about two Chinese top government officials and their battle to be the next premier of China. And not surprisingly, the quest for oil plays a big part in the picture. Scott Brick delivers his usual top-notch performance. His quick-paced, sardonic voice makes up for the author's meanderings through Chinese history—some instructive, some unnecessary. The only way Brick falters is in Cotton Malone's accent. The character is supposed to be a Southern American through and through, but Brick plays him straight—like most of the other characters. A.L.H. © AudioFile 2011, Portland, Maine [Published: APRIL 2011]