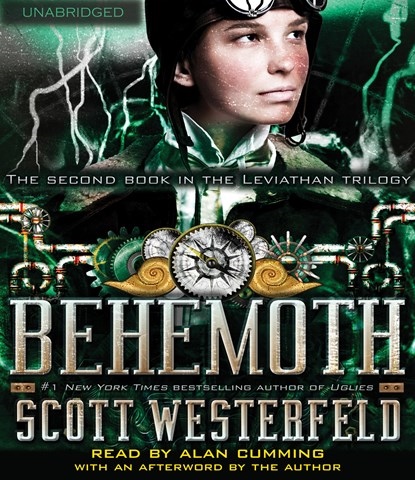 BEHEMOTH, which follows Westerfeld's LEVIATHAN, is the fiercest creature in the British navy. It's 1914 in this steampunk story, which includes events from WWI. Deryn poses as a boy named Dylan in order to be a midshipman for the English Darwinists. She meets and helps Alek, who's posing as a commoner because he's in danger as heir to the Hapsburg Empire. Narrator Alan Cumming skillfully keeps this complex and compelling story on track. The gorgeous descriptions, dramatic dialogue, and offbeat humor are enhanced by his nuanced performance. An afterword by Westerfeld helpfully explains what is true and what is not. S.G.B. Winner of AudioFile Earphones Award © AudioFile 2010, Portland, Maine [Published: NOVEMBER 2010]