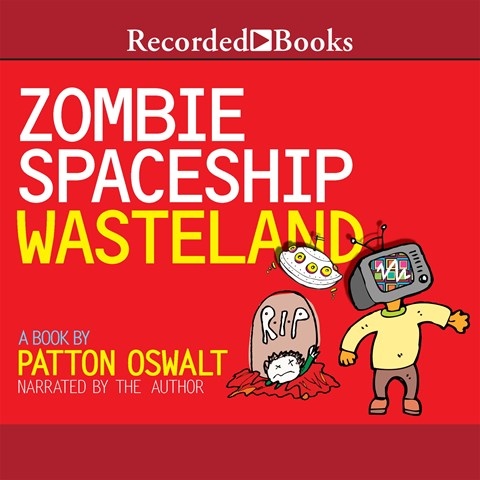 Comedian Patton Oswalt's book about the life of a comic is composed of bio-bits mixed with comedy routines that go on way too long. Fans of Oswalt's stand-up or his recurring role on “The King of Queens” will enjoy the work, though little of it is memorable. The title comes from the notion that all boys identify with one of three basic movie formulas: zombie flicks, stories in which Earth is a wasteland, or stories in which the hero leaves Earth in a spaceship. It's not a real deep premise. Oswalt, with slight assists from musician Michael Penn and R.E.M.'s Michael Stipe, does an amazing job delivering his work. He performs with a skill not often found when authors perform their own work. It’s too bad the material sounds like it was thrown together from old sketches. M.S. © AudioFile 2011, Portland, Maine [Published: MAY 2011]