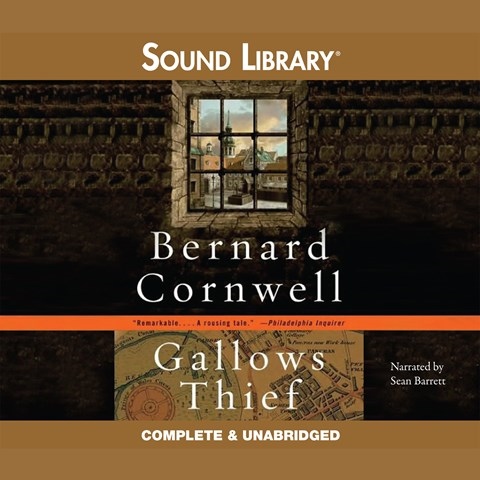 Impecunious Rider Sandman, a hero of Waterloo and a famous cricket bowler, is asked to investigate a murder for which an innocent man will hang in a week if the investigation fails. In a police procedural before there were such things, Sandman has to invent a profession as well as catch a killer. This is probably fun on the page, but in the ears it’s a complete hoot. As Rider goes swashbuckling across Regency England, Sean Barrett brings his compatriots to life—from Lord Alexander, a rich friend from Oxford days who’s a sort of cricket-mad Bertie Wooster, to the hoydens of the demimonde Rider now inhabits. Love the whining hangman who feels he deserves an assistant. Let’s hope this is the first of many. B.G. Winner of AudioFile Earphones Award © AudioFile 2011, Portland, Maine [Published: JUNE 2011]