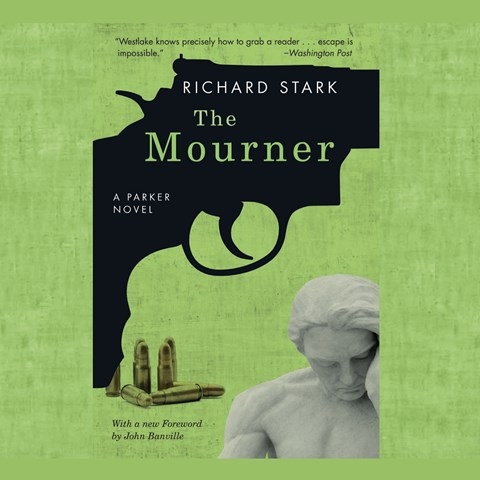 Stephen Thorne gruffly reads Stark’s razor-sharp prose as though he is Parker himself—master thief and unrelenting hard case. Thorne also does credible accents for August Menlo, a KGB policeman, and Kapor, a Russian diplomat, both of whom try to possess “The Mourner,” a priceless statue. As the novel opens, Handy McKay, Parker’s friend, has been kidnapped. While Parker attempts to free him, he is commissioned by Ralph Harrow to steal the statue for $50,000 and the return of a gun Parker once used to commit a crime. Thorne’s well-modulated voice is that of a master yarn spinner. S.C.A. © AudioFile 2011, Portland, Maine [Published: JUNE 2011]