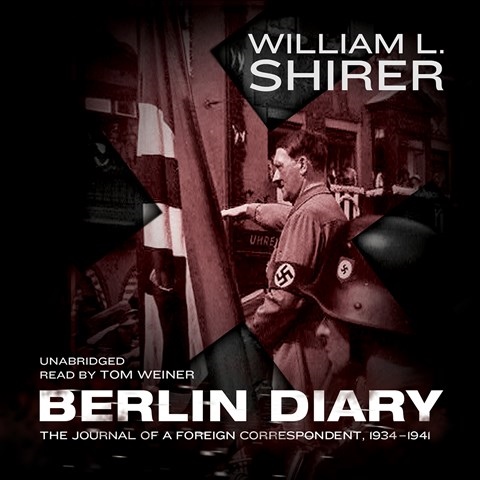 BERLIN DIARY The Journal of a Foreign Correspondent, 1934–1941

Shirer, the only Western correspondent in Vienna when German troops took over Austria in 1938, was also the first to report the surrender of France to Germany in 1940. His insightful diary captures history as a chronological "prelude to war" in an intimate and riveting personal journal. Tom Weiner's deep and thoughtful voice lends Shirer's journal an authoritative style, almost as if he were intoning a prophetic radio broadcast of the period. Listening to the detailed foreword provides a vital context to the history of the 1930s, delivering in hindsight the doomed incidents and politics of war that had not yet occurred as Shirer wrote his diary. This eyewitness account shines with crisp clarity and description, feeling, and immediacy. A.W. Winner of AudioFile Earphones Award © AudioFile 2011, Portland, Maine [Published: OCTOBER 2011]