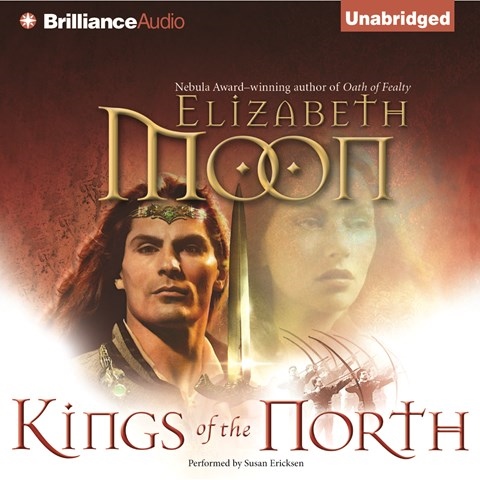 KINGS OF THE NORTH

Kieri and his elfin grandmother are supposed to be ruling Lyona together, but the kingdom is being threatened, and they aren’t getting along. Ericksen makes good use of tones of deference and command as the two spar over finding a mate for Kieri and threats to the kingdom. Ericksen sustains interest in the exposition on the long history and intricate associations within and between the two northern kingdoms. She steadily weaves magic through the military and political intrigue. Jumping into the middle of a series is seldom satisfying. This six-book series is divided into two trilogies, Deed of Paksenarrion and Paladin’s Legacy. KINGS OF THE NORTH is really Book Five in a series that is worth starting at the beginning. J.E.M. © AudioFile 2011, Portland, Maine [Published: AUGUST 2011]