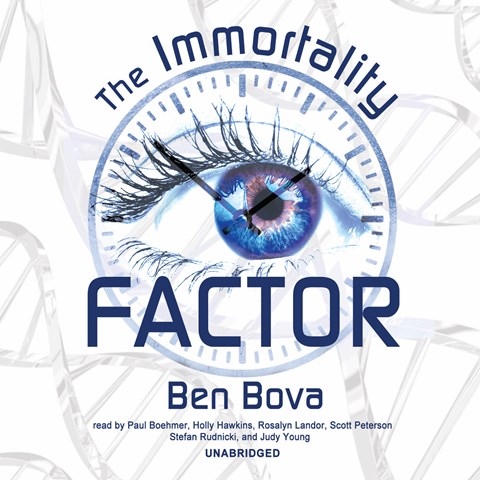 Two brothers, Arthur and Jesse, are doctors on opposite sides of the operating table, each with his own views on stem cell research and its use in cases of life and death. One is for it, one against it, and each voices his opinion while fighting for the life of a beautiful woman. With a large cast of characters voicing their opinions on the issue, it only seems natural to recruit a small cast of narrators to bring the debate to life. Led by the bass tones of Paul Boehmer, the production includes emotional performances from all the members of the cast. The result is lifelike drama that fully engages listeners in the debate. L.B. © AudioFile 2012, Portland, Maine [Published: AUGUST 2012]