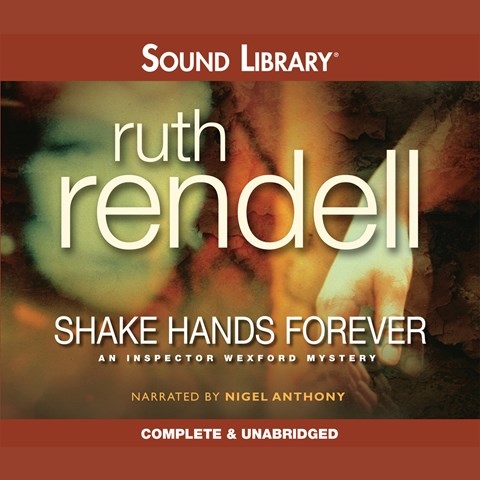 Ruth Rendell is in fine form in this classic murder mystery, and Nigel Anthony is a perfect match for her. First published in 1975, the story features a corpse whose husband is the prime suspect for her death—except that he seems to have loved his wife to distraction. Red herrings abound; I was sure I had the thing wrapped up early but should have known better. Inspector Wexford is vamped by a beautiful witness and maddeningly balked by his pompous boss, and Anthony makes a meal of both of them. So skillfully does he produce the cello speech of the seductress that it comes as a shock to remember that the voice is a man’s. It’s great fun; the production is flawless, and Anthony’s performance pure magic. B.G. Winner of AudioFile Earphones Award © AudioFile 2011, Portland, Maine [Published: AUGUST 2011]