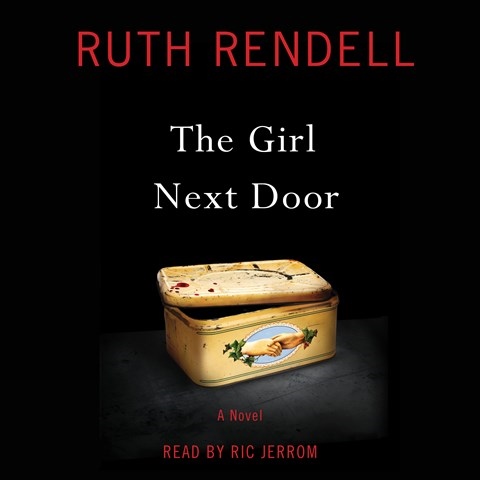 THE GIRL NEXT DOOR

Rendell's sociopath proves to be neither the centerpiece of this mystery nor of Ric Jerrom's narration. Nonetheless, Jerrom's portrayal of Rendell's narcissistic killer is indeed chilling, but the greater challenge--and his best portrait--is that of prim Rosemary, who stumbles from complacency into her own murderous state as the seemingly rock-solid footing of her life pitches unexpectedly. Ostensibly, the mystery is that of sixty-year-old double murder. But the greater questions are posed by senior citizens who wonder: "How did I come to this point in my life, and is this how it continues until the (no longer distant) end?" Jerrom's thoughtful narration gets us convincingly inside their minds. K.W. © AudioFile 2014, Portland, Maine [Published: DECEMBER 2014]