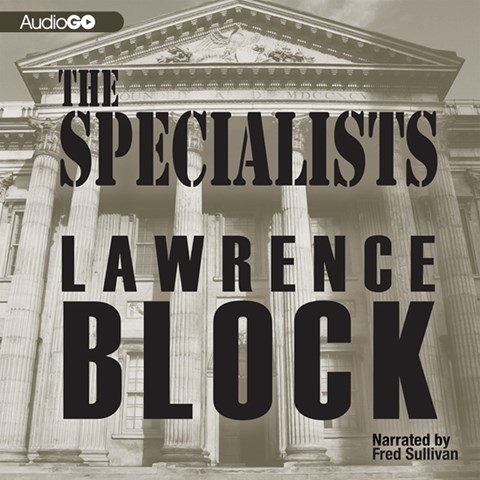 Here’s proof that a relatively short mystery can be as entertaining as a longer one. Lawrence Block wrote this crime thriller in 1969, and Fred Sullivan’s performance ensures that it’s as enjoyable now as it was then. Sullivan captures the rough-hewn style of Albert Platt, a murderer and gambler who buys banks, robs them, and then collects the insurance proceeds. Enter Eddie Manso, one of five “specialists” who are out to stop Platt. Sullivan captures the personalities with aplomb, giving richness to the characters. His modulation of tone and timbre is a terrific complement to Block’s crisp dialogue. The result is great fun for those who enjoy for a quick listen and a good story. D.J.S. © AudioFile 2011, Portland, Maine [Published: AUGUST 2011]