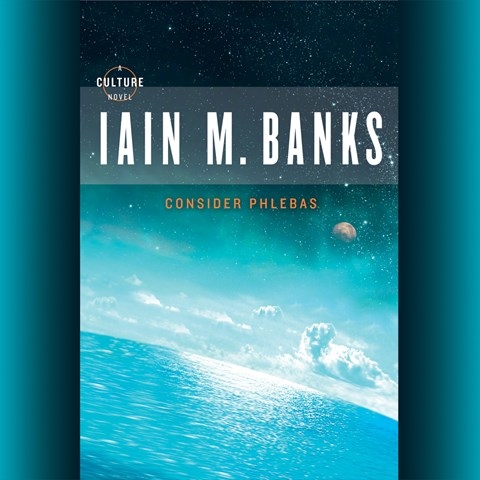 "The Culture" is the largest collective group of intelligent beings in the universe, and Earth’s humans are merely one of its myriad members. The concept of a "post-scarcity" society, so remote as to seem truly alien, lends a real ethical weight to an otherwise straightforward space opera. It’s a testament to Peter Kenny's performance that all the increasingly bizarre names sound entirely normal. Also, he creates characterizations so distinctly that stretches in which no speaker is identified are easily understood. He really cuts loose in his portrayal of the cannibalistic Eater holy man, who speaks, it seems, through a dripping patina of mucous and sweat. Protagonist Bora Horza and antagonist Perosteck Balveda sound positively restrained in comparison, as does a foulmouthed mercenary who meets a sticky end. A.Z.W. © AudioFile 2011, Portland, Maine [Published: AUGUST 2011]