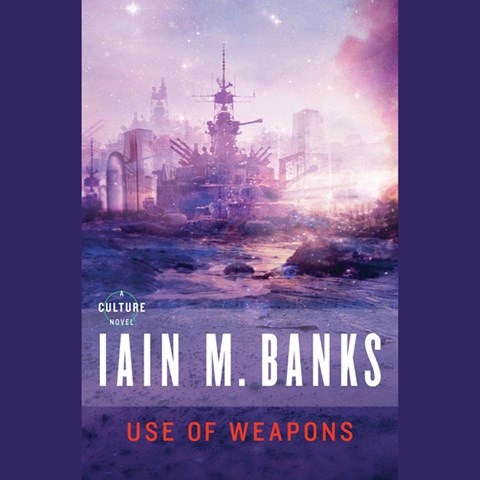 USE OF WEAPONS A Culture Novel

Banks's Culture series chronicles the interactions between a hyper-developed interstellar civilization and other civilizations around the galaxy. In this novel, the mysterious Cheradenine Zakalwe acts as an agent of the Culture's "Special Circumstances" group, whose aim is to manipulate lesser civilizations in the name of the greater good. As with all Banks's books, excellent writing carries the complex plots and keeps the listener engaged. Peter Kenny's calm narration conveys the detachment that is characteristic of Banks's protagonists. Kenny pronounces the fantastical alien names that Banks invents without hesitation. Most of Banks's universe speaks with a cultured British accent--except for the less developed cultures, whose inhabitants speak with the accents of middle Europe. Banks makes all the accents credible. F.C. © AudioFile 2013, Portland, Maine [Published: APRIL 2013]