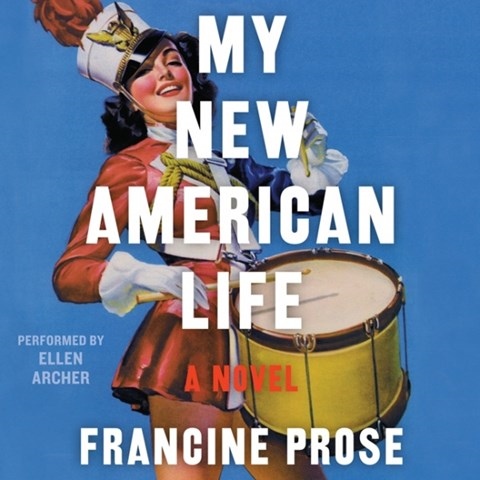 Lula, a 26-year old Albanian immigrant, is working as an au pair for a moody teenager in suburban New Jersey. Ellen Archer eloquently portrays Lula's sharp intelligence and wit. A very believable Albanian accent graces Archer's utterances as Lula and as the Albanian acquaintances with criminal intent who unexpectedly turn up. Lula views post 9/11 America in recovery with perceptive clarity and sardonic asides as she contrasts her new home with the strife-ridden Balkans. Her experience as a stranger in a strange land is lightened by the hilarious missteps and foibles of her new American friends. Archer doesn't miss a step in delivering the nuanced tones of Lula's bittersweet past and her satirical analysis of both Bush-Cheney politics and the Balkan war. As Lula is pressured to deviate from the straight and narrow by the Albanian criminals, she optimistically strives to secure her U.S. citizenship—and the elusive American Dream. A.W. © AudioFile 2011, Portland, Maine [Published: JULY 2011]