Home»Reviews»LOVERS AT THE CHAMELEON CLUB, PARIS 1932 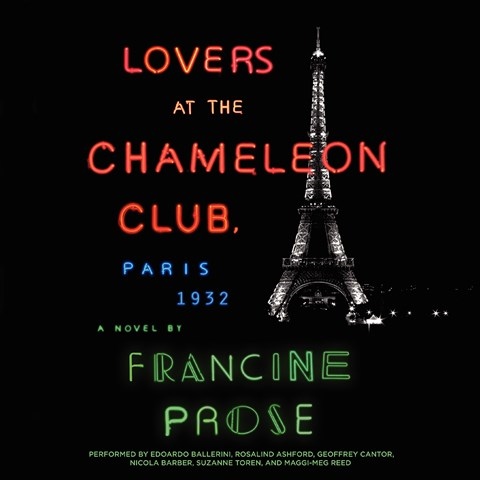 LOVERS AT THE CHAMELEON CLUB, PARIS 1932

Six narrators read this novel, whose principal characters meet at a cross-dressing Paris club at the end of the Jazz Age. Although each switch in narrator immediately signals a change in point of view, listeners still may have some difficulty keeping track of the shifting time frames, especially because this story of love, betrayal, and survival in the underbelly of the city derives from several fictitious sources, such as letters, a biography, and memoirs . More off-putting, however, is the uneven performances; for example, some of the French accents seem stereotypical; whereas, the Hungarian photographer, who is at the hub of the audiobook, has no accent at all. This novel, which is loosely based on real events from the 1930s and ‘40s, is better enjoyed in print. C.B.L. © AudioFile 2014, Portland, Maine [Published: MAY 2014]