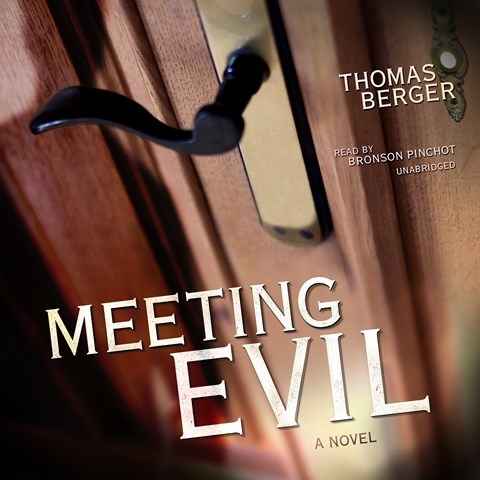 A seemingly random act of kindness plunges stressed-out real estate agent John Felton into the twisted world of a recently released psychopath. In the tradition of the best movies of Hitchcock, Berger forces his “everyman” into an impossible moral situation and ratchets up the anxiety to an unbearable level. Narrator Bronson Pinchot masterfully aids and abets Berger’s ever-tightening noose of tension by adding a creepy sycophantic tone to the madman’s voice. While the first half drags a bit, Pinchot powers up the narrative in the second half, changing tempo and tone as the story moves to its chilling ending. R.O. © AudioFile 2011, Portland, Maine [Published: DECEMBER 2011]