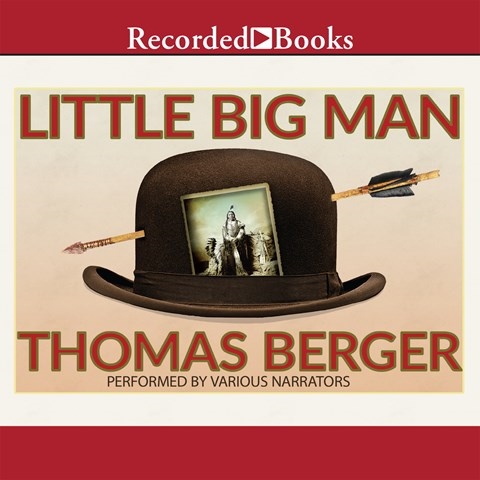 This audio achievement begins with narrator David Aaron Baker portraying writer Ralph Fielding Snell, who is about to interview a man who claims he participated in the Battle of the Little Big Horn. Scott Sowers then narrates the bulk of the story as 111-year-old Jack Crabb. Sowers’s even pace and gritty voice make the old-timer’s amazing, slang-filled story vibrantly clear. Sowers perfectly captures Crabb’s mercurial disposition and compellingly recounts his many adventures—as a Cheyenne warrior, white man, drunk, merchant, gambler, miner, mule driver, gunslinger, soldier, and more. Henry Strozier reads the essay by Larry McMurtry at the end in a deep, comfortable voice that offers listeners a chance to reflect on the significance of this American classic. M.M.G. Winner of AudioFile Earphones Award, 2016 Audies Winner © AudioFile 2015, Portland, Maine [Published: MARCH 2015]