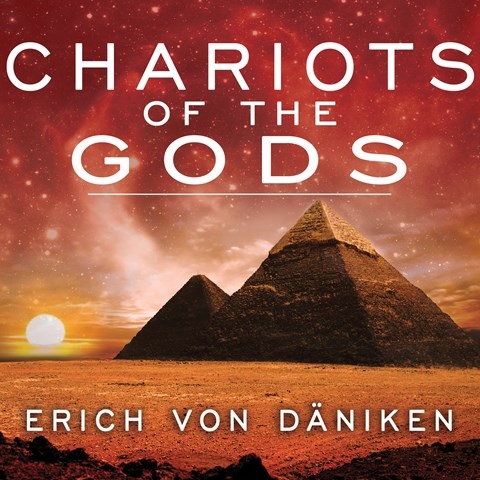 CHARIOTS OF THE GODS

The world is filled with mythical wonders—from the stone faces of Easter Island to the Great Pyramid of Giza. Author and researcher von Daniken attempts to uncover the truth behind these mysteries and reveal their true meaning, which in turn could have a massive effect on civilization as we know it. Narrator William Dufris offers a straightforward reading that will hold the listener‘s attention with its underplayed intensity. Von Daniken’s theories, first published in this book in 1968, are up for debate, offering little scientific evidence to support his claims. Nevertheless, Dufris rarely seems concerned with the author’s great shifts in focus and the tremendous leaps he makes in revealing his findings. As narrator, he’s more interested in making the material as appealing as it can be. L.B. © AudioFile 2011, Portland, Maine [Published: AUGUST 2011]