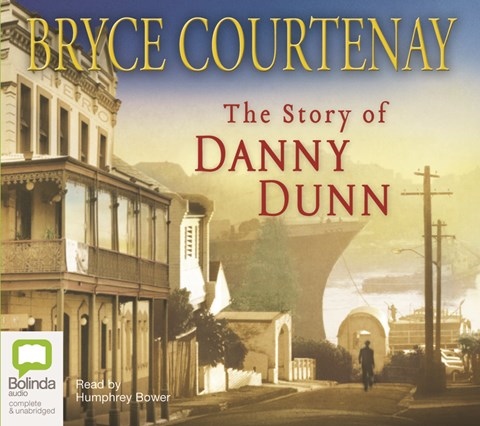 THE STORY OF DANNY DUNN

The Great Depression has left few prospects for Danny Dunn or his mates in their Sydney suburb, so the charismatic Danny goes to war. He returns—changed forever. With precise characterizations and a multitude of personalities, Humphrey Bower takes us inside working-class characters and their world as they deal with the global disaster of the 1930s. He has a smile in his voice as he relates the story of Danny’s parents, his birth, and his young life. Bower brings out every bit of truth in Courtenay’s detailed descriptions of period and place, and as we follow Danny through his postwar struggles, Bower truthfully captures his anguish. The combination of Bower’s remarkable range of voices and accents and Courtenay’s poignant Australian family saga makes for emotional, uplifting listening. S.J.H. Winner of AudioFile Earphones Award © AudioFile 2011, Portland, Maine [Published: AUGUST 2011]