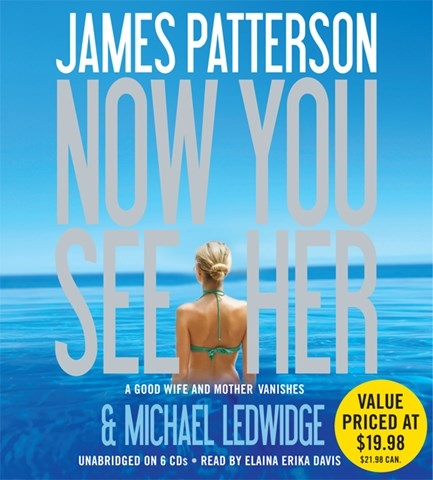 NOW YOU SEE HER

Elaina Davis captures the suspense of this Patterson thriller with fully believable tones of fear. Twenty years ago Nina Bloom discovered that her husband, a cop’s cop, had a dark secret. She faked her own death, making herself look like a victim of the Jump Killer—who was on the loose at the time—fled to Chicago with her unborn child, changed her identity, and became a successful attorney. Now an innocent man is scheduled for execution for crimes she knows he couldn’t have committed. And her former husband discovers she’s alive. The pace is relentless—although bizarre coincidences strain believability. However Davis’s narration more than makes up for anything the plot lacks. G.D.W. © AudioFile 2011, Portland, Maine [Published: AUGUST 2011]