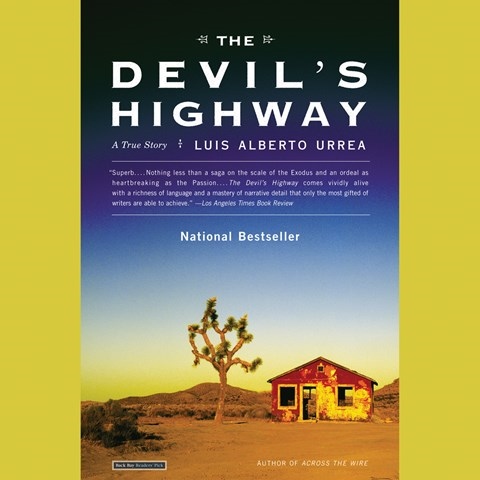 THE DEVIL'S HIGHWAY A True Story

Urrea’s book conveys the ambiance of the border between the U.S. and Mexico and the human cost of U.S. immigration policy. The story revolves around the gruesome events—now more than a decade old—that resulted in the deaths of 14 Mexicans who were trying to walk into the U.S. across the desolate Sonoran Desert. Urrea is scrupulously evenhanded in his treatment of U.S. officials and Mexican immigrants. He’s even fair to the “Coyote” gangsters most obviously responsible for the tragedy. His reading of his own work offers all the advantages of author narration—perfect pronunciation and emphasis—with none of the disadvantages. He obviously enjoys the idioms of the border—in English and Spanish. F.C. © AudioFile 2012, Portland, Maine [Published: JANUARY 2012]