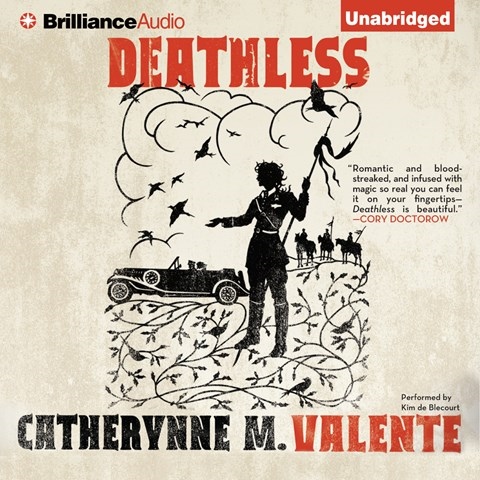 Kim de Blecourt is an enthusiastic storyteller for this variation of the Russian folktale “Koschei, the Deathless.” When Marya Morevna is taken as Koschei’s bride, narrator de Blecourt evokes the emotions of the innocent young woman who is spirited away to the kingdom of Koschei (also known as the Tsar of Life) and is thrown into his struggle with his brother, the Tsar of Death. De Blecourt sounds almost whimsical in delivering Marya’s imaginative escape from the communal living conditions imposed by the Communist regime. She makes credible Marya’s transformation into a formidable adult who must deal with the siege of Leningrad. De Blecourt also animates other figures of Russian folklore, particularly Baba Yaga, who, in taking on the role of Chairman Yaga, is a comrade to be reckoned with. J.E.M. © AudioFile 2011, Portland, Maine [Published: OCTOBER 2011]