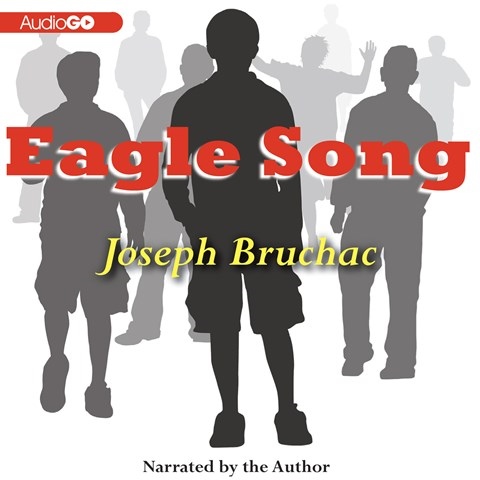 Fourth-grader Danny Bigtree misses his life on the Iroquois "res" (reservation) when his family moves to New York City. There’s he's either ignored or mocked by his classmates. Abenaki author-narrator Joseph Bruchac delivers his own work with a warmth and poetic style that befits the story and characters. He also shares some Iroquois words and their English meanings. When Danny's dad comes to address his class in school, he tells them about Aoinwahta, a hero who helped various tribes find peace among themselves. The visit helps the kids better understand Danny's life, and they slowly begin to accept him. This timely story should offer much to young listeners, particularly those who feel lost or left out. S.G.B. © AudioFile 2012, Portland, Maine [Published: JANUARY 2012]