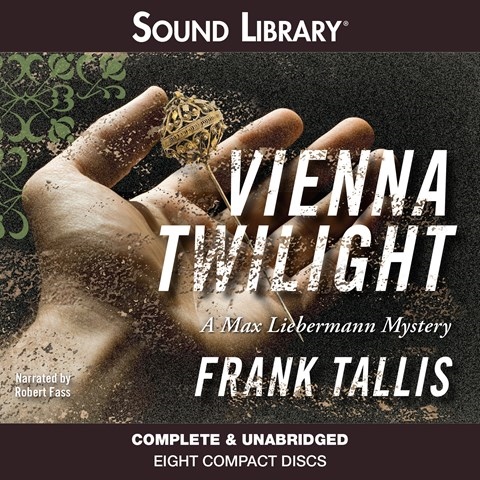 Narrator Robert Fass uplifts this Max Liebermann mystery, making it more enjoyable for a listener than a reader. Here, Liebermann, a Viennese psychoanalyst, joins up with Inspector Rheinhardt when a killer sticks a hat pin into a young woman's brain. Liebermann is a protégé of Freud, so there's some interesting historical fiction at play, too. The killing is soon confirmed as the first in the serial killer’s repertoire, and panic ensues in turn-of-the-century Vienna. Fass's characterizations sparkle, and he gives the dialogue a lively flavor. His accents are first-rate, almost making one believe one is right there in the thick of it. A.L.H. © AudioFile 2012, Portland, Maine [Published: MARCH 2012]