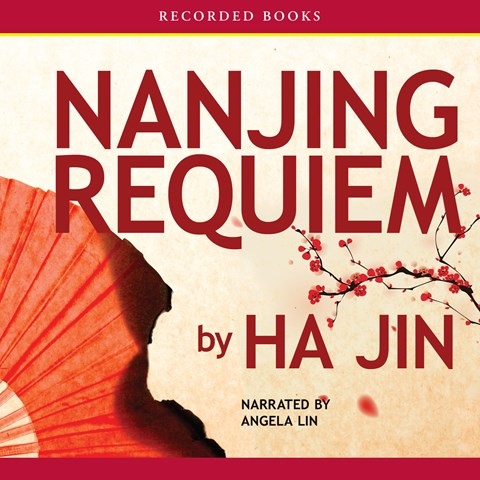 Angela Lin’s coolly objective narration works well for Ha Jin’s novel, based on the horrific events of "the rape of Nanking." In 1937, the Japanese occupying army unleashed a bloodbath of butchery, rape, and torture in the Chinese city. Anling Gao, assistant to Minnie Vautrin, American missionary and women’s college dean, provides the Chinese perspective through her first-person point of view. Jin provides an abundance of appalling details based on recorded sources, including the published journals of Vautrin, who opened the college to over 10,000 women and children to provide a safe haven from the Japanese brutality. Lin’s characterizations are frequently overly theatrical; however, her deep voice and no-nonsense narrative style are strong. Jin’s chronicle of atrocities is sparingly written, yet painful and potent, making it seem more fact than fiction. S.J.H. © AudioFile 2012, Portland, Maine [Published: JANUARY 2012]