Home»Reviews»THE WINTER OF OUR DISCONTENT 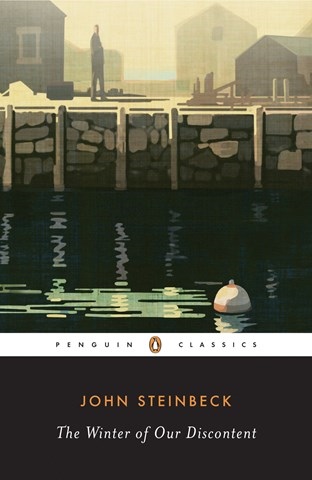 THE WINTER OF OUR DISCONTENT

As its title suggests, the last completed novel of Steinbeck echoes themes from Shakespeare’s RICHARD III. The novel takes place in small New Baytown, a community that prides itself on its heritage. For Ethan Allen Hawley, however, the future holds the key to success. The listener follows Ethan down a path of corruption as he strives for his conception of the American dream. David Aaron Baker’s calm, measured narration sounds friendly and familiar. He accomplishes a superb portrayal of Ethan, giving flawless intonation to a character whose sarcasm and honesty often intermingle. Baker’s vocal characterizations are convincing whether he is portraying the flirtatious Margie Young-Hunt or the belligerent town drunk, Danny Taylor. Baker’s consistency throughout renders a strong overall performance. D.M.W. © AudioFile 2012, Portland, Maine [Published: OCTOBER 2012]