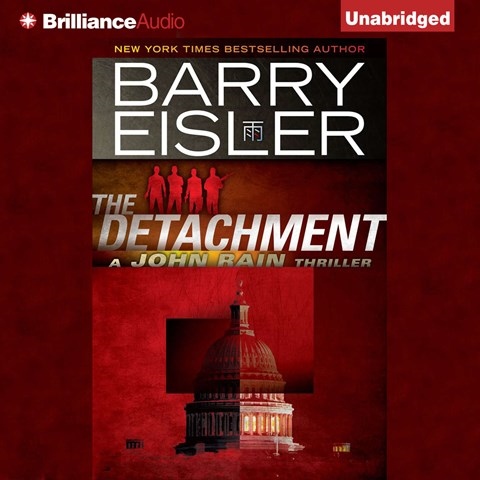 Even listeners who think writers should refrain from narrating their own audiobooks will find this thriller an exception. Author/narrator Barry Eisler personifies assassin John Rain with credible aplomb, a skill that isn’t surprising given the author’s background in the CIA and in martial arts. Rain is persuaded to assassinate three high-level government officials because they’re attempting a coup, and he teams up with three other killers. Eisler infuses Rain’s trusted partner, ex-Marine Dox, with a touch of humor and portrays the other two hired guns as skilled but potentially devious. High-energy brawls and secret deals are narrated with intensity as Rain and his team attempt to diffuse a devastating political conspiracy. N.M.C. © AudioFile 2012, Portland, Maine [Published: FEBRUARY 2012]