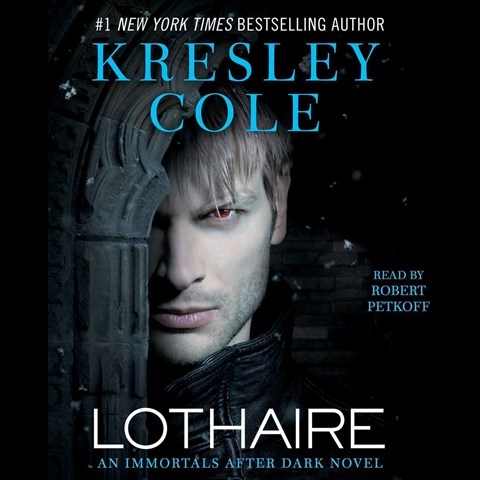 Robert Petkoff’s impressive narration makes Cole’s paranormal romance a must-listen. He convincingly depicts the love affair of Lothaire, a blood-thirsty vampire, and Elizabeth, an Appalachian young woman who is possessed by an evil goddess. Petkoff’s performance enhances the story’s romance and character development, especially as he delivers Russian, Appalachian, and other character voicings. When appropriate, he phrases dialogue so as to convey humor. Most important, he narrates at just the right pace for listeners to absorb Cole’s detailed world-building and shines brightest during Lothaire and Elizabeth’s love scenes, expressing their passion with intensity, just as Cole wrote it. There’s no doubt that Petkoff is at the top of his game with this production. C.A. Winner of AudioFile Earphones Award © AudioFile 2013, Portland, Maine [Published: FEBRUARY 2013]