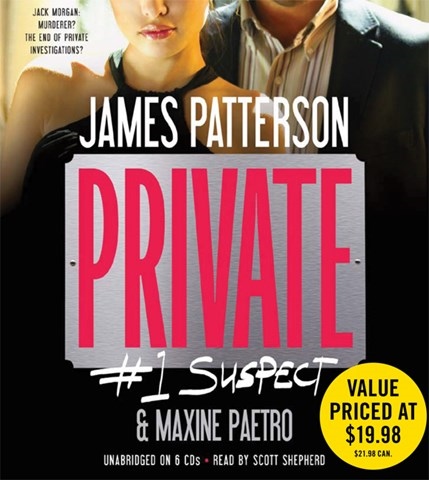 Scott Shepherd's deep, sexy voice and considerable acting skills are a perfect match to James Patterson's second collaborative work in the Private series. Hunky and deadly Jack Morgan—former marine hero and now owner of Private, a P.I. firm offering "maximum force and maximum discretion"—has woman troubles. One of his former lovers is discovered dead in his bed, and Jack is the number one suspect. While finding out who is trying to frame him, he and his unconventional team must also discover who is behind the theft of a truck full of Mob pharmaceuticals, solve a string of grisly murders in a chain of swanky hotels, and guard a young heartthrob of a movie star with woman problems of his own. A.C.P. © AudioFile 2012, Portland, Maine [Published: MARCH 2012]