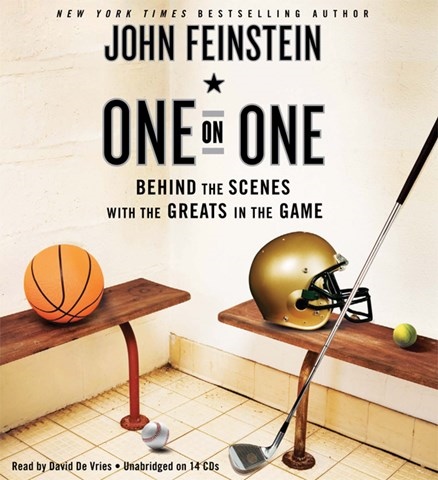 The author tells wonderfully rich stories of the people he’s encountered through his career as a sports reporter. The accounts weave together seamlessly. Feinstein’s career began at the WASHINGTON POST before he began writing books. He covers a range of athletes and sports, though much of the focus here is on Bobby Knight, the subject of his first book. Narrator David de Vries is as engaging as this book is interesting. His accents and tones are wonderful, covering a range of people from European-born athletes (Ivan Lendl especially) to stern American security guards. De Vries handles the funny and poignant stories with aplomb. M.B. © AudioFile 2012, Portland, Maine [Published: FEBRUARY 2012]