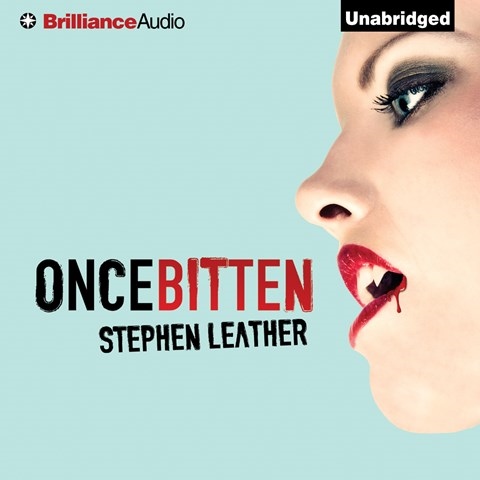 ONCE BITTEN is a different kind of vampire novel that puts the rest to shame. Despite a slow beginning, Stephen Leather's novel examines the consequences that arise when police psychiatrist Jamie Beaverbrook falls in love with what appears to be a true vampire, one of only eight in the world. It turns out that vampires are actually mutated humans who use blood banks, rarely attack humans, and are really pretty nice. It's the insidious government, which is out to experiment on them, that is the bad guy. And off we go. James Langton is the perfect choice to narrate this engaging tale, replete with mystery and betrayal. There's something pleasing about British narrators that makes the listening experience even more enjoyable. M.S. © AudioFile 2012, Portland, Maine [Published: APRIL 2012]