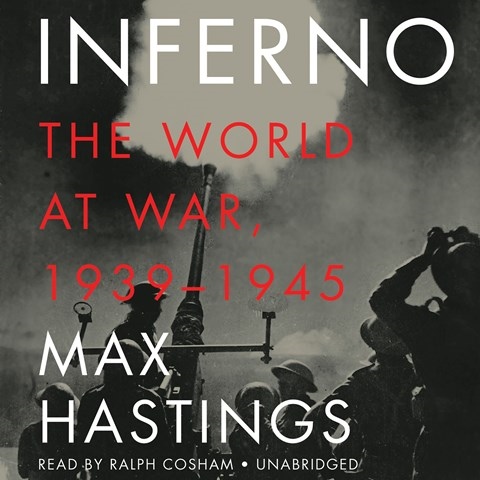 Ralph Cosham’s mellifluous and soothing voice is an unusual choice to narrate a book about global conflict. But it’s also a perfect choice, for Cosham brings the calm, clarity, and measured pacing of the best yesteryear broadcaster to this fascinating review of WWII. While Hastings, a lauded historian, sketches the war’s main developments and relates less-well-known dramas, he has most significantly pulled from countless private letters and diaries to elucidate the stories of average soldiers and citizens. It is a mesmerizing account. Some of the early chapters are marred by a less-than-seamless delivery, but after Cosham finds his rhythm, he shines in his ability to illuminate both narrative and quotations. A.C.S. © AudioFile 2012, Portland, Maine [Published: FEBRUARY 2012]