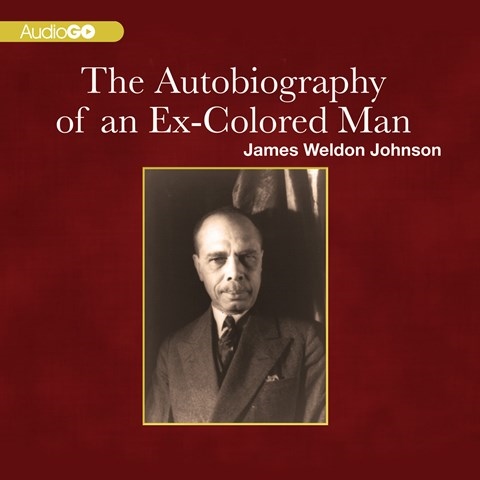 Published anonymously in 1912, James Weldon Johnson’s short novel was an important precursor of the African-American literary movement. The chameleon-like narrator, who remains unnamed throughout the story, passes flawlessly between black and white societies because of his fair appearance and mixed birth. As he moves from place to place, including the South, the New York ragtime scene, and Europe, Johnson gives the reader insight into the fractured reality of the narrator’s racial dilemma. Narrator Bill Andrew Quinn’s distinctly American voice is fitting for this character. As the novel extends from the narrator’s perspective, this audiobook does not contain a large number of vocal characterizations. Quinn’s intonation and cadence, however, exude the confidence of Johnson’s narrator, making him realistic and relatable. D.M.W. © AudioFile 2012, Portland, Maine [Published: MARCH 2012]