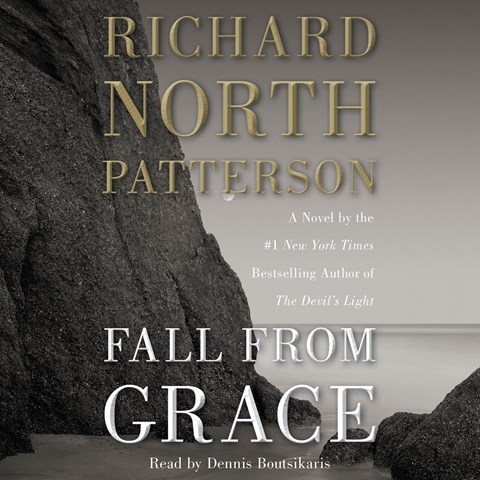 Patterson has outdone himself with his latest edge-of-your-seat audiobook. Ben Blaine, the demanding, downright cruel patriarch of a Martha's Vineyard family, is found dead at the edge of a cliff on his property. Police have no shortage of suspects since so many wanted him dead. But it is his prodigal son, Adam, who must figure out why his father cut his mother out of his will in his final months and, in doing so, determine who caused the man's death. It's hard to go wrong when Dennis Boutsikaris performs an audiobook, and this one is no exception. Boutsikaris’s measured tones will transport listeners into this world so perfectly they’ll smell the salty sea air. M.S. Winner of AudioFile Earphones Award © AudioFile 2012, Portland, Maine [Published: APRIL 2012]