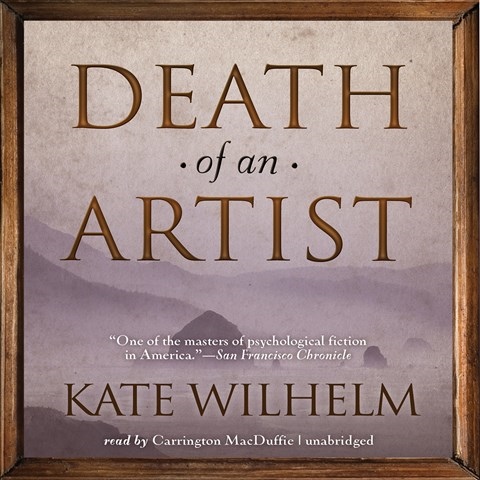 DEATH OF AN ARTIST

Carrington MacDuffie's performance and this story start out in the same fashion—a little slow and stiff—but both warm up apace. Former NYPD detective Tony Mauricio, retired after being badly injured on the job, is new to Silver Bay, Oregon. He quickly befriends a local family composed of Marnie, a widowed shop-owner; Stef, her artist daughter; and Van, her granddaughter, a single mother who is just finishing medical school. When Stef, who steadfastly refuses to sell her artwork, is found dead at the foot of the stairs outside her studio, Marnie and Van turn to Tony to help prove that Stef's grasping husband is the murderer. Once MacDuffie gets going, her narration improves, in part because of her clear, subtle inflections. The listener is soon absorbed in her pleasant rendering of this fine mystery. K.O. © AudioFile 2012, Portland, Maine [Published: MAY 2012]