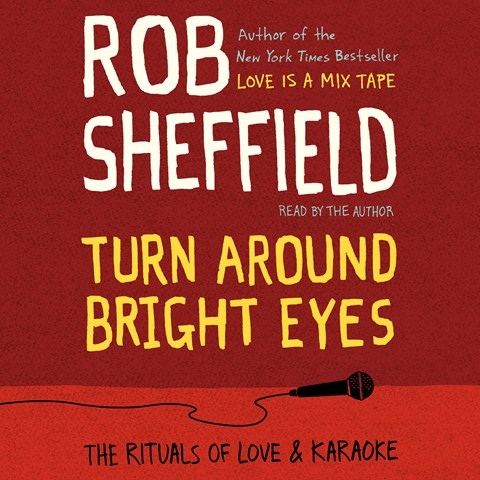 Rob Sheffield, a rock reporter for Rolling Stone magazine, is a sweet, sentimental guy who is obsessed with karaoke despite his lack of vocal talent. In his first book, LOVE IS A MIX TAPE, he expressed his shock and grief at losing his young wife, who died suddenly of a pulmonary embolism--just before the mass shock and grief of 9/11. In his new memoir, he shares his heartfelt gratitude for his new love, Ally, who is a music geek, astrophysicist, and pencil skirt fan. He also recounts with delightful amusement his adventures while attending band camp, where he specializes in banging ineptly on a tambourine. For his musings on musical artists who are perfect for overwrought karaoke performance (Bon Jovi, Neil Diamond, Rod Stewart), there is a clear wink in his voice, but it is his obvious adoration for Ally that will warm listeners' hearts. A.B. © AudioFile 2013, Portland, Maine [Published: NOVEMBER 2013]