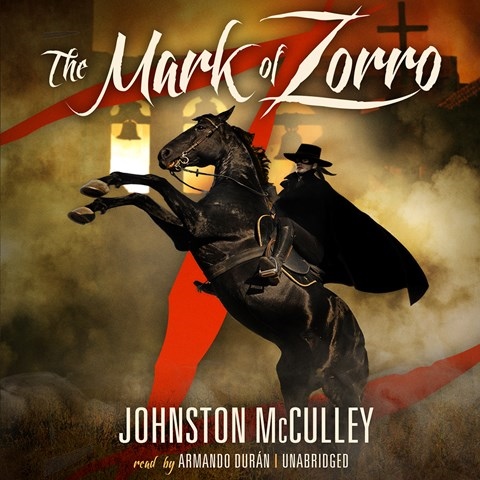 THE MARK OF ZORRO

Although written nearly a century ago, McCulley’s romantic pulp adventure remains engaging and entertaining. Even though the identity of the masked vigilante is no surprise to contemporary listeners, one can’t help but be thrilled at the ironic twists the story takes. Narrator Armando Duran breathes life into the character of Don Diego Vega: by day an effete aristocrat, by night a dashing defender of the poor. Duran draws on his stage experience, his ethnic memory, and his joyful vigor as he tells the story of Señor Zorro’s courtship with Lolita Pulido while bloodying the noses of corrupt government officers. This adaptation of the classic story is delightful from start to climactic finish. S.E.S. Winner of AudioFile Earphones Award, 2013 Audies Finalist © AudioFile 2014, Portland, Maine [Published: JULY 2014]