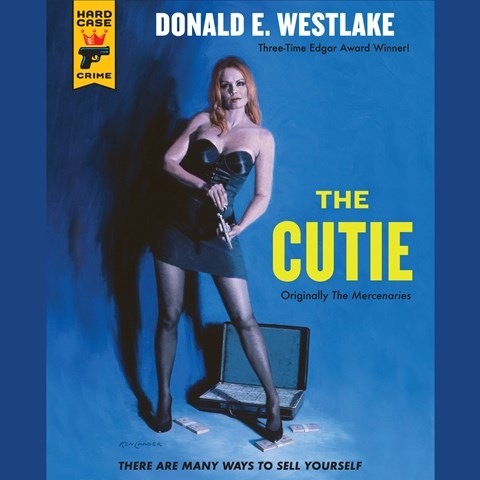 George “Clay” Clayton is a self-described “nanny” for a New York City crime syndicate. His duties involve “putting the kiddies in line” and occasionally arranging an “accident.” And when some smart aleck commits a murder, bringing the organization too much attention from the law, it’s Clay’s job to track down that “cutie.” Stephen Thorne delivers the noir-style dialogue at a gutsy pace, though in his excitement he occasionally overdoes the tough-guy shtick. Thorne understands the topsy-turvy nature of the story, with criminals in the roles of detectives, and gets the listener to sympathize with the plight of the villains. THE CUTIE is a crafty little crime story, and Thorne ensures that it’s a suspenseful, speedy listen. F.T. © AudioFile 2012, Portland, Maine [Published: MAY 2012]