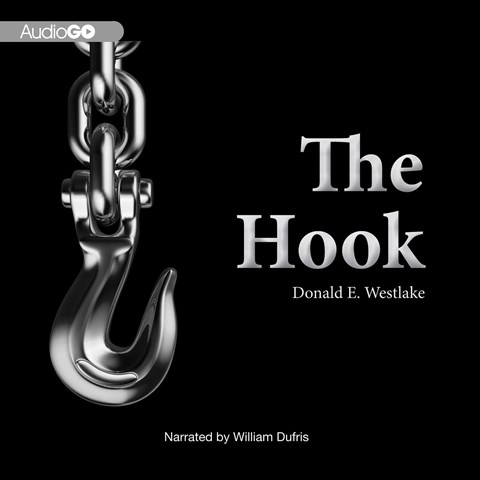 Mega-selling author Bryce Proctorr is going through a drawn-out divorce and a year-long writer’s block when he runs into former colleague Wayne Prentice, a good but underpaid novelist. An inspired partnership forms: Prentice will ghostwrite Proctorr’s overdue novel for half of the million-dollar advance—along with killing Proctorr’s wife. William Dufris’s dramatic narration adds to the suspense of this intriguing plot. He imbues each interchange with emotion, expressing tears of panic and roars of rage with a vigor that heightens the listener’s experience. A departure from Westlake’s familiar territory, THE HOOK sets regular people in extremis, and Dufris’s narration makes it palpably realistic. F.T. © AudioFile 2012, Portland, Maine [Published: AUGUST 2012]