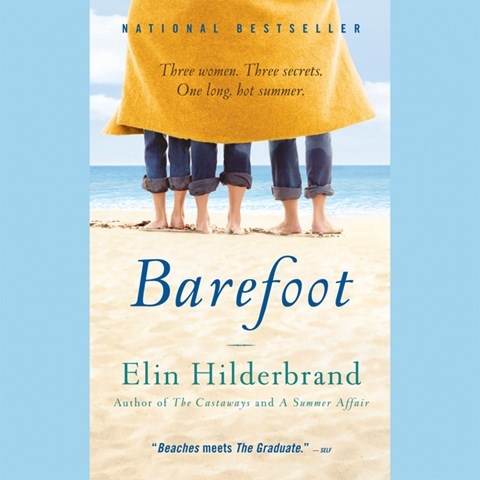 Hilderbrand’s novel tells the story of three women on Nantucket for the summer—sisters Brenda and Vicki, and Vicki’s best friend, Melanie—and the rough patches in their lives that led them to seek solace on the island. While each woman has a distinct backstory, Rachel Warren doesn’t provide much differentiation in how she delivers their thoughts and words. It’s in the voices of the supporting characters that Warren adds depth to the story, particularly the relaxed Australian accent of John Walsh, student and love interest of Brenda, and the childlike innocence in the voice of Blaine, Vicki’s 4-year-old son. The four perspectives that make up the story—those of the three women plus their summer babysitter, an aspiring writer named Josh—merge to form a seamless story, thanks to Warren’s even and believable tone. E.N. © AudioFile 2012, Portland, Maine [Published: DECEMBER 2012]