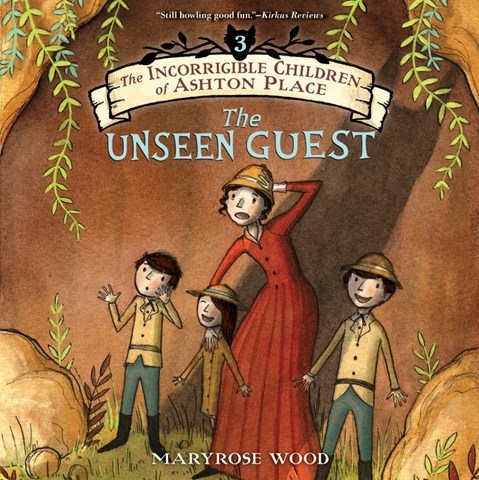 THE UNSEEN GUEST The Incorrigible Children of Ashton Place, Book 3

Katherine Kellgren is spot-on as governess Penelope Lumley continues her efforts to "domesticate" the wolf-raised Incorrigible children. Sounding more like an ensemble than a single narrator, Kellgren is as adept at handling the swashbuckling voice of famous explorer Admiral Faucet as she is at the throaty barks and growls of the Incorrigibles, who still occasionally revert to the language of their upbringing. She handles a variety of British accents—from the Cockney speech of the servants of Ashton Place to the haughty tones of the lords and ladies who frequent it. Her fast-paced narration is flawless. It not only adds to the comedic effect but is perfectly suited for young listeners. M.D. Winner of AudioFile Earphones Award, 2013 Audies Finalist © AudioFile 2012, Portland, Maine [Published: JUNE 2012]