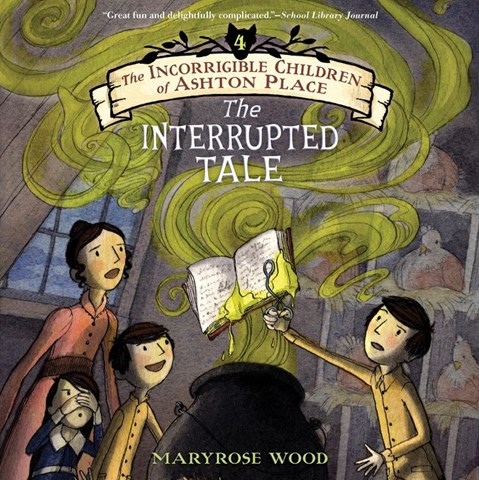 THE INTERRUPTED TALE The Incorrigible Children of Ashton Place, Book 4

Narrator Katherine Kellgren uses just the right amount of animated exuberance to portray the Incorrigibles, children who were raised by wolves. In this installment, the children and their governess, Penelope, travel to the Swanburne Academy for Poor Bright Females, where Penelope will give a speech and attempt to save the school from ruin by a mysterious trustee. Kellgren’s dramatic flair builds anticipation and brings out humorous wordplay, complete with iambic pentameter as well as language and literature lessons. Her character voices are hilarious, and her singing voice is delightful. Frequent extreme and unexpected volume changes between villainous whispers and evil bellows do distract a bit from the listening. The story remains unresolved, leaving fans eagerly awaiting the next in the series. M.M.G. © AudioFile 2014, Portland, Maine [Published: JANUARY 2014]