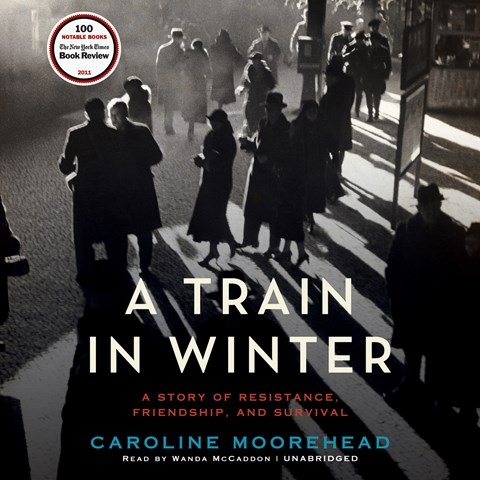 A TRAIN IN WINTER A Story of Resistance, Friendship, and Survival

Wanda McCaddon narrates this heartrending story of 230 women of the French Resistance who were imprisoned by the Germans. Her crisp British accent, perfect for the narration, is interspersed with dialogue in soft French tones and subtle German accents. While this collective biography begins just before WWII, it quickly moves to recount Germany’s occupation of France and the resistance movement. The women worked in various occupations so they could deliver news, supplies, and much needed materials in Vichy France. McCaddon reads lists and scenes of punishment and torture with a steady, emotionless voice that makes the horrors of war and the brutal treatment of the women somewhat more bearable for the listener. M.B.K. © AudioFile 2012, Portland, Maine [Published: MAY 2012]