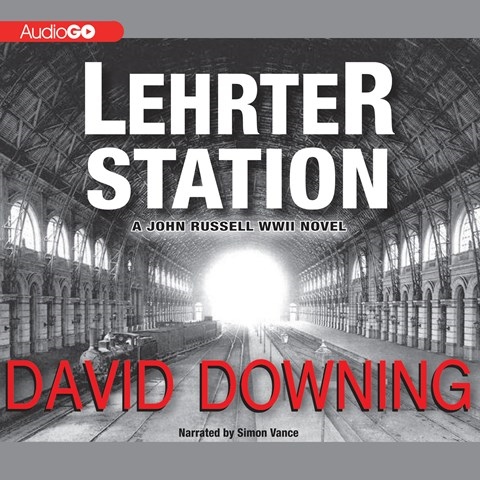 John Russell, a journalist, and Effie, an actress, relocate to Berlin as WWII ends. As a double agent, Russell finds himself caught between American and Russian intelligence. In addition to carrying out directives for both sides, the pair attempt to locate the father of a Jewish girl. Narrator Simon Vance has the most challenging mission of all as he alternates between British, German, American, and Russian accents. Downing’s story details the efforts of people and nations to carve identities for themselves in the war’s aftermath. Vance provides appropriate voices, intonations, and well-placed emotion. M.B. © AudioFile 2012, Portland, Maine [Published: JULY 2012]