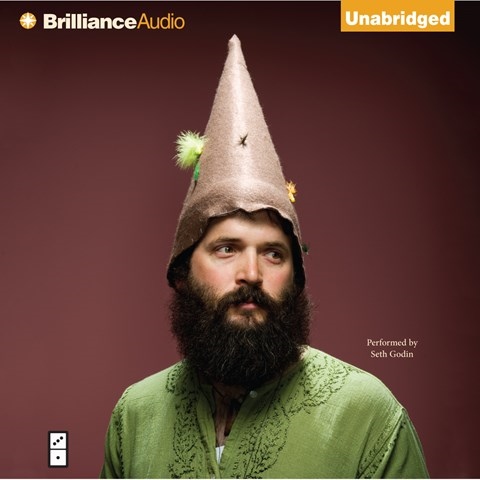 Seth Godin’s brief “manifesto” declares that the age of appealing to, selling to, and manipulating “the mass” of people is over. We’re all “weird”—that is, different, particular. Godin’s voice and manner reflect his awareness that he’s speaking in a small, intimate space—very close to the listener, or right in his or her ear. He softens the edges of his voice, making it subdued and emotionally charged at the same time. He also hesitates occasionally, perhaps for effect, though at odd times and too often. But his performance is effective for this medium and this book, making his argument seem less a polemic and more a heartfelt sharing of opinion. He may or may not convince, but his material is interesting and his reading enjoyable. W.M. © AudioFile 2012, Portland, Maine [Published: JUNE 2012]